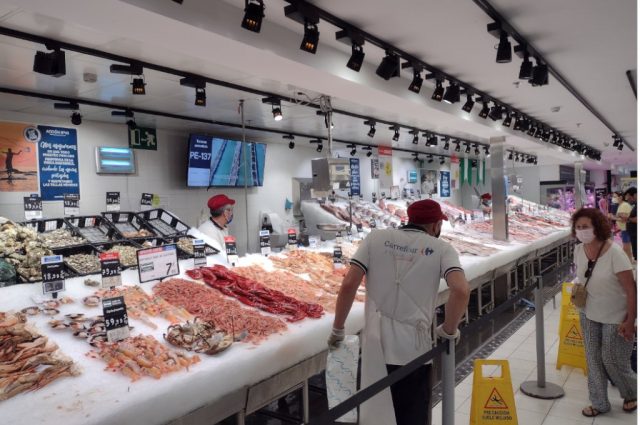 OK I’m an expat fish lover living in Spain and I started this site to support the British farm food industry but here’s something I just don’t get.

Ever since 2016 I have read that most UK fish is sold to the EU and once Brexit gets done you’ll all have the benefit of cheap fish and other foods (80% of the UK catch was apparently sold to EU countries pre Brexit, now you’ll get to keep all that).

Rees Mogg in particular was a loud advocate of the beneficial effect Brexit would have in bringing food prices down. (Please don’t blame COVID).

So we’re a year in and as predicted the market for UK fish has collapsed and many fishermen have shut up shop or are about to and good luck to them.

Many new eCommerce sites have sprung up to sell UK caught fish directly to British consumers; cutting out the middle man is bound to cut the price isn’t it?

That’s all good BUT why the hell is UK fish so damn expensive? I have read so many comments from Brits saying they would love to eat UK fish if only it was more affordable.

I read that people in the UK are nervous about cooking fish and prefer to eat it in a restaurant.

I eat fresh seafood three days a week but looking at the prices in the UK I just couldn’t do it not matter how much I wanted to.

And despite what I read about UK fish being sold into the EU, there isn’t a single fishmonger or supermarket I have ever visited in Spain that sells fish from the UK.

PS: Have you ever wondered why wild fish is usually more expensive than farmed fish. It never made sense to me. To farm fish you need to build the pens and employ people to look after the fish. You need to buy fish food and drugs to keep them healthy.

Wild fish are just swimming in the sea, so long as you have a boat and a net they cost you nothing.

Except for the diesel which you need to power your trawler and you need a lot of diesel to get to where the fish are and diesel costs a LOT more than fish food.