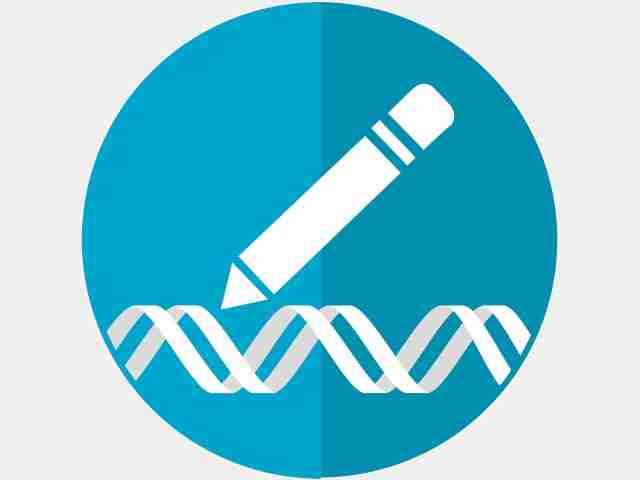 GMOs (genetically modified organisms) are novel organisms, created in the laboratory by modifying the genes of the base plant or animal to change its characteristics. An example of this would be to make an apple more resistant to insect attacks.

Because of these risks, many people prefer to eat non-GMO foods whenever possible.

As an Athlete who needs to be sure what they put in their body, GMO food represents an unnecessary risk that can be avoided. Did you know that around 80% of Soy is GM?

What Is Genetic Modification

To modify the DNA of a plant or animal, scientists remove one or more genes from the DNA of another organism, such as a bacterium, virus, animal, or plant, and “recombine” them into the DNA of the organism they want to alter.

The altered organism should now inherit the traits associated with the new genes.

A good example of a GMO is corn where genetic engineers have combined genes from a bacterium known as Bacillus thuringiensis (Bt).

Bt genes express a protein that kills insects, so GMO corn should now produce its own pesticide.

What is gene editing and how does it differ from genetically modifying?

To create genetically modified crops and animals, scientists remove the preferred gene from one organism and randomly introduce it into another organism. In the case of Bt corn a bacterial gene was introduced that produces insecticidal toxins into the part of the plant where the insect eats.

In contrast gene editing is a small, controlled modification to a living organism’s existing DNA (versus the introduction of a new, foreign gene). It’s very hard to detect if an organism’s DNA has been gene edited or not because the changes are indistinguishable from naturally occurring mutations.

CRISPR is the most often used tool for gene editing. CRISPR is a naturally occurring enzyme in bacteria that allows scientists to edit DNA with precision.

A major problem with genetic engineering is that the process of inserting genes is random. It can disrupt the functioning of other genes and create new proteins that have never been in the food chain and may create toxins and allergens in foods.

Genetic modification is a radical technology and is not fully understood

GM Supporters say that the technology is just an extension of traditional plant breeding. But plant breeders work with organisms of the same or related species to create new varieties.

Genetic engineers break down nature’s genetic barriers by allowing transfers of genes between different bacteria, viruses, and even animals with unforeseeable consequences.

Genetic modification is based on an obsolete scientific theory

Genetic modification is based on a theory called the Central Dogma, which asserts that one gene will express just one protein. However, scientists working with the United States National Human Genome Research Institute discovered that this wasn’t true, that genes operate in a complex network in ways that are not yet fully understood. This fact undermines the entire basis for genetic engineering.

Which GMO Plants are currently approved to be grown in the US?

How can I avoid genetically modified foods?

Here are a few guidelines to help you to make the right choice:

GM Food in Europe and the UK

The EU has really strict rules on the use of GM in food, the main way it gets into the food chain in the EU is when farmers used approved GM animal feed (the rules aren’t so strict on animal feed).

The UK is looking at ways to allow more GMOs. Ministers are keen to use Brexit to allow gene editing, a form of genetic modification that is heavily restricted in the EU, to be used in the UK, despite a public consultation that found 87% of people who responded viewed gene-edited crops as a greater risk than traditional crop breeding methods.

The UK has also signed trade deals with Australia and New Zealand who currently only allow approved GM foods but are currently enacting legislation to loosen these restrictions.

It’s safe to say that the UK will be seeing far more GM food in the very near future.

At the end of the day, the choice is yours, but there are so many viable and affordable alternatives to GMO that you may want to follow the age-old advice “If in doubt, leave it out”.

The UK Government (And others) are keen to use this as a more “friendly” word for GM. Both make changes to the organism’s DNA, however, it is said that Gene editing IS NOT GMO but rather, it is USED to make GMO’s. I have researched this a bit and while I accept there are differences it feels more like a rebranding exercise to me.

Google it and see what you think