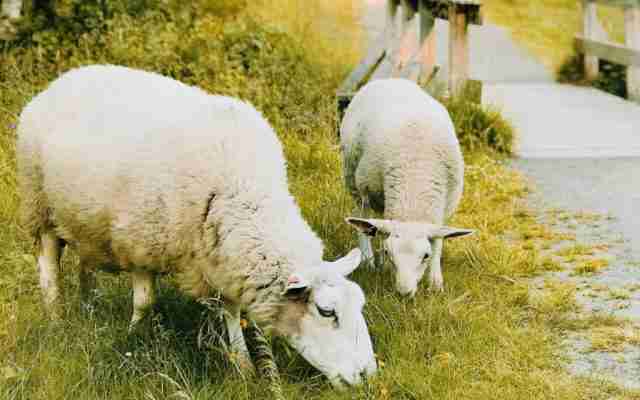 Intensive farming of food animals is an environmental disaster. If we all stopped eating meat it could reduce greenhouse gas emissions by 15%!

Most of us love to eat meat though and it’s a fantastic source of Protein. Studies suggest that humans have the biggest brains in the animal World because we learned to cook the meat we eat.

So most of us aren’t going to stop eating meat anytime soon.

Is plant based meat the answer – probably not.

New companies have sprung up recently to create plant-based “Meat” that looks like, tastes like, and even bleeds like meat (they use beetroot juice for the blood). But these are mass-produced highly processed products that many don’t want to eat. Are we jumping from the frying pan into the fire?

You don’t have to go vegan or vegetarian to reduce your impact on the environment.

Here are 3 ways you can easily help out while still enjoying your meat guilt-free:

Here’s 5 ways meat is bad for the environment followed by 5 easy ways to mitigate your impact.

In 2018, the number one country of origin for the United Kingdom’s lamb and mutton imports was New Zealand. A country that is 14374 nautical miles away, the journey takes around 59 days.

With new deals being sought by the UK Government to import meat and poultry from Australia (also on the other side of the World), and the USA (4632 Nautical Miles).

This problem is going to get far worse.

Rather than eating crops directly (meat and two veg anyone?) We grow some of the crops to feed the animals and then we eat the animals.

This is hugely inefficient and it’s the reason animal food production uses so much more water than plant-based. Beef uses around 15,400 liters of water per kilogram of edible meat produced, pork is close to 6,000 liters/kg and chicken takes around 4,300/kg. In comparison, vegetables use just 300 liters/kg and fruits use about 1,000 liters/kg.

Cattle produce methane, the worse greenhouse gas there is

Ruminants that eat grass, like cows and sheep are big emitters. The bacterium in their stomachs which allows them to digest grass creates a lot of methane as a by-product, and methane is about 30 times more potent than carbon dioxide (CO2) in terms of the greenhouse effect.

Intensive meat production is one of the biggest causes of deforestation. Once the trees have gone, chances are they’ll never come back, but they are vital to our fight against climate change because they absorb carbon dioxide from the atmosphere and only emit oxygen.

Governments around the World are announcing tree planting programmers to replace the trees cut down to rear food animals. Weird!

While agriculture in general including the production of plant-based foods is a source of pollution of the land and watercourses by fertilizers, pesticides, and other chemicals, the fact that 30 percent of all crops are ultimately fed to livestock means that meat takes a substantial proportion of the blame for this pollution.

Antibiotic resistance in humans is also a serious problem, and it’s thought that the over-use of antibiotics in livestock is partially responsible for this.

Reduce the amount of meat you eat, and eat better meat

The simplest change you can make is cutting the amount of meat you eat, even if it’s only by a small amount. Reducetarian or flexitarian diets have become popular in recent years. These are effectively plant-based diets that incorporate some meat on occasion.

The money you save by eating less meat means you can afford higher quality, ethically raised meat that is better for your health and has far more taste than the intensively reared alternative. (And won’t be stuffed full of antibiotics).

If you switch to only eating meat on weekends, for instance, you’ll cut your food emissions by 70 percent.

Different meats create different amounts of CO2. Enjoy them all in moderation

Fish is about as good as chicken, and mussels have a carbon footprint that’s about 20 times smaller than chicken. Nice, but not an everyday choice.

Animals raised on pastures generally have less environmental impact because it more closely mimics what happens in nature.

They forage naturally, reducing the wasteful dependence on high-energy grains and other agricultural crops, and they fertilize the soil with their manure, maintaining the natural ecosystem.

They’re much less likely to be treated with antibiotics, and they experience far less stress.

Pasture-raised meat is the best choice when it comes to the environment, but also offers better animal welfare, provided you take the time to choose a farmer who treats their livestock well.

If you can’t find pasture-raised meat, you can still drastically reduce the environmental impact of your meat-eating by choosing meat from farms that grass-feed their livestock.

For cows, in particular, Grain-based feed is very inefficient: they don’t absorb most of the nutrients in the grains, and it’s likely the feed will have been shipped a long distance to the farm.

Choosing meat either fed on locally-produced crops or grass-fed is by far the best approach for the environment.

This really is a no-brainer. Food is one of our biggest monthly expenses and yet up to a third of all food produced ends up on landfills creating a massive 4.4 million tons of CO2 equivalent per year.

The food that we throw away without providing nutrition or energy to your family, ends up rotting on a landfill and producing methane, the Worse greenhouse gas there is.

The bottom line is that Meat is a key part of our diet, something we are designed to eat, and something to be enjoyed, guilt-free so long as we make the right ethical choices.